While sound touches us, musical movement invites us to take part. We tap our feet to music, we nod our heads, we may even sway and dance to it. In a sense, musical movement mirrors life itself. Breathing, growing, the change of day to night — these are motions by which we live. Musical movement also reflects the ebb and flow of our feelings and moods. Our physical and emotional responses to the movement of music are touched off by its pace, its regularity, its force, and its flow.

Tap your finger on a tabletop and you create movement. Tap slowly and you create one kind of pace; tap quickly and you create another kind of pace. What sort of expression can you convey with this barebones kind of movement? Well, with just a dash of imagination, you might sense a reflective mood, perhaps melancholy or even a tragic vein in your slow taps. With your quick taps, you might suggest excitement, elation, fury, perhaps anxiety. Mix slow taps with quick taps and you can convey an effect of questioning, of tension.

Tempo is the term that denotes pace of movement. Composers use traditional Italian terms, as a rule, to tell the performer what degree of quickness or slowness to take. They often rely on the same terms to indicate expression. Thus Mozart, in one of his most poignant musical statements, the second movement of his Concerto in A Major, simply prescribes andante as the tempo. This is a moderately slow tempo. Beethoven, in the second movement of his Quartet in F Major, has music move at about the same basic pace as Mozart’s, yet Beethoven’s tempo instructions are much more precise: adagio affettuoso ed appassionato (very slowly, affectively and passionately). Mozart expected the performers to take their expressive cues from the music itself; Beethoven directed his performers to take an expressive stance.

The spectrum of tempo moves from largo (broad) and grave (solemn), the slowest of tempos, to vivace (lively) and presto (very fast), the quickest of tempos. In between we have adagio and lento (slow), andante (moderately slow), allegretto (moderately quick), and allegro (quick). Examples of these tempos are:

Another way to denote tempo is by means of the metronome, which works either mechanically with a pendulum or electrically. Setting a metronome to register a given number of ticks per minute establishes a regular pulse; in this way a composer can prescribe a precise tempo. Bartok, in this century, was fastidious: he took advantage of both the terminology and the metronome. Thus, for the first movement of his Music for String Instruments, Percussion, and Celesta, he indicates a style, andante tranquillo, and an exact pulse, 112 to 116 eighth notes per minute. As the movement proceeds, Bartok varies the number of eighth notes per minute according to the same kind of precise measurements. He makes such changes in speed throughout the four movements of this work, without necessarily modifying the quality of feeling that rules each movement. 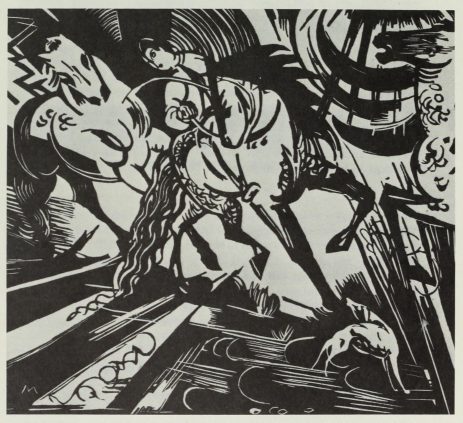 Regularity of movement refers to the extent to which music maintains a given pace. To experience regularity and its disturbance, tap your finger again. Begin a series of taps, about two taps per second. Keep doing this for twenty to thirty seconds. As you continue your mind will begin to wander, because regularity, undisturbed, tends to recede into the background of your attention. Next experiment: after about eight or nine taps, strike one with more force, then resume your normal tapping; a bit later, close the time gap between two or three taps; then stretch one single tap to a full second or two. You and anyone else listening will begin to focus on that play of time and on the emphasis in the series of taps — some message, with expressive potential, is being delivered.

Finally, make a random series of taps, taking care to avoid regularity or repetition of patterns. A listener would yield totally to the whim of your improvisation. Perhaps something striking would be communicated from instant to instant, but the listener’s attention, held so tightly, would soon become fatigued.

These three processes — regularity, calculated disturbance, and randomness — represent the composer’s fundamental techniques for managing musical movement. Of these, calculated disturbance is by far the most intriguing, and offers the greatest range of effects. Examples of each process abound in our repertory of listening. Sousa’s great march, “The Stars and Stripes Forever,” maintains an underlying regularity, as does most dance or march music or music set to poetry. Calculated irregularities abound in the first movement of Beethoven’s Symphony no. 3; their role is to create a whiplash effect, a momentary imbalance which reinforces the return to regular motion. Much of the expressive impact of Beethoven’s music arises from his matchless control of calculated irregularities in movement.

Total irregularity — that is, music that seems to have no underlying pulse to control movement — is prominent in today’s avant-garde styles. Such music is either based on chance or controlled to the nth degree by means of computer techniques. Karlheinz Stockhausen used such apparently random methods in his Gesang der Jünglinge (Song of the Youths). In the standard repertoire, the opening of Stravinsky’s Le Sacre du Printemps has a wandering, irregular quality of movement, while the beginning of the finale of Berlioz’s Symphonie Fantastique pieces together differing bits of movement to reinforce the grotesquerie that characterizes the “Dream of a Witches’ Sabbath.”

Brahms joins different kinds of movement magnificently as his Symphony no. 1 in C Minor gets under way. The foundation of the complex interplay is the steady, powerful pulse in the lowermost instruments. Above this rocklike support, two different lines of action criss-cross: a steady and slow descent moves against an irregular rising stream of very long and very short notes.

Force and Flow of Movement

Two pieces may proceed at the same pace, but one will sound gentle and the other vehement according to the intensity the performers convey. In a given piece, the force of movement can change the meaning of an idea. For example, toward the end of the first movement of his Symphony no. 3, Beethoven reintroduces the familiar opening theme gently in the violins. He then repeats it three times, gradually building. By the fourth statement, it has become a forceful, victorious shout by the brass and winds. 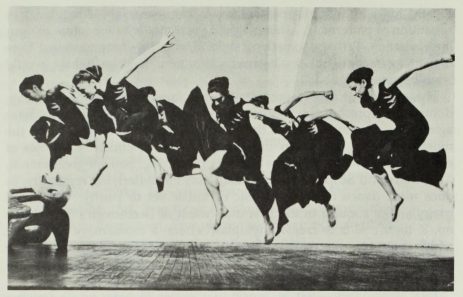 Flow of movement simply refers to the continuity of sound in music. When the sounds connect without the slightest interruption, the flow is unbroken. When there is an instant of silence between notes, the flow is broken. For example, if you should hum the “Ode to Joy” from Beethoven’s Symphony no. 9, you would connect (slur) the tones. This manner is called legato. On the other hand, if you tap out the notes of this tune, each tap would be separated from its neighbors. This manner of performance is called détaché or in even more marked separations, staccato. Stravinsky makes an extreme use of détaché in the opening piece of L’Histoire du Soldat, with its puppet-show scene, its wryly humorous grotesquerie, and its skeletal scoring. In sharp contrast, a virtually pure legato fuses the melodies of Gregorian chant, the ancient music of the Catholic church. Here voices move smoothly and deliberately to express profound feelings.

Each style period had typical qualities of movement in its music. Medieval music, as represented by Gregorian chant, moved gently. Depending on the nature of the piece, it moved with the free declamation of speech or with the regularity of a poetic meter — rather like our andante. Renaissance composers established a steady and moderate pulse with a connected flow in their vocal music. Their instrumental music had more marked accentuation and often incorporated rushes of very quick notes over the steady pulse. Throughout the Baroque period, the pace ranged from quite slow to very quick and from irregular to vigorously regular, reflecting the wide range of expression represented in its repertory. Classic composers retained these qualities and increased the range of force, from very light-footed motion to powerful action. Romantic composers, enchanted by the richer sounds of the newly improved piano, the expanded orchestra, and a fantastically colored harmonic palette, tended to slow action so the listener could savor momentary effects or remain within a given mood. At the other extreme, they sometimes wrote incredibly quick music to display the superhuman skills of the hero-virtuosi who dominated nineteenth-century musical performance. With the exception of a few flamboyant composers — Berlioz, Liszt, Wagner — Romantic composers tended to frame their effects in a pace that was even more regular than that of their Classic predecessors. In the present century, composers have used all kinds of movement. The powerful percussion of rock and the totally unaccented effects of much avant-garde music represent extremes in qualities of movement. They explore areas of experience that were unknown in previous music. Like the new sounds of our time, they can become resources to enrich the mainstream of Western music.