Sound touches us. Physically, as vibration in the air, it stirs the sense of hearing. Metaphorically, as a signal, it awakens our feelings. Sound commands our attention and holds it.

For example, play a single note on the piano, perhaps middle C, using the sustaining pedal. As the silence is broken, the tone takes your attention; as you try to hear the fading tone, your concentration is intensified.

We all recognize basic qualities of sound — pitch, strength, amount, and color — even if some of the terms are unfamiliar. In a casual way we can say, “This sound is low, that sound is soft, this sound is full, that sound is rich.” By describing sounds in this way we make some simple but useful evaluations. Beyond this point, we may ask, “What is the effect of this low sound, that soft tone, this fullness, that richness?” In other words, “Why did the composer choose these qualities from among all that he had available, and to what expressive purpose?” Most important: “How persuasive do we find these choices?”

Pitch is how high or how low a note sounds. The level of pitch at which a musical passage is set affects the impression of mood. We tend to associate levels of pitch with degrees of buoyancy or heaviness. For instance, Mendelssohn begins the Overture to his music for A Midsummer Night’s Dream on a high level of pitch to give us an impression of the lightness and agility of Puck, the wood sprite, and of his elfin cohorts. Franz Liszt probes the lower depths of pitch to begin his Sonata in B Minor, thereby establishing the moods of introspection and great portent that pervade this piece. Brahms covers the entire range of sound to create a massive, grandiose effect at the beginning of his Symphony no. 1 — an opening proper for a piece in a heroic vein.

Much music, including familiar songs and dances, remains on a middle level of pitch. In such cases, we listen for other elements, such as musical color or motion. In a few striking instances, the composer combines extremes of high and low pitches without a binder in the middle. Bela Bartok evokes a strange and elusive mood in this manner at the beginning of the third movement of his Music for String Instruments, Percussion, and Celesta; he places disembodied tones at a great distance from each other, with nothing intervening

Composers deploy changes in pitch level to help give shape to a piece. Wagner, in the Prelude to Tristan and Isolde, builds steadily to an extreme of high pitch to convey an impression of the increasing emotional tension that carries through the opera itself. Bach, in his familiar Prelude in C Major from the Well-Tempered Clavier, Book I, reaches a high point in the melody very quickly and then, for the rest of the piece, moves steadily downward in subsiding waves of rise and fall in pitch.

Strength of sound — the degree of loudness — also has great power to convey expressive values. Loud music tends to pound on us; soft music moves us with persuasion. A marked increase in strength (called crescendo) gives the impression of growing tension, as in the most celebrated example, Ravel’s Bolero. He builds the entire piece upon an unrelenting increase to convey the effect of excitement that finally reaches the point of frenzy. A gradual decrease in strength (called decrescendo) has the opposite effect: relaxation or release. Tchaikovsky, by gradually decreasing the strength and amount of sound at the end of his Symphony no. 6, conveys a mood of utter despair and resignation. Composers prescribe strength of sound to performers by using certain conventional signs and terms, collectively called dynamics:

Sometimes, to dramatize their point, composers have written “pppp” or “ffff” to indicate the utter extremes of soft or loud in their music.

We can easily tell the difference between various amounts of sound. A large mass of sound, with many performers chiming in, has a powerful impact; a small amount conveys a lighter effect. Try to imagine a piece such as the “Hallelujah Chorus” from Handel’s Messiah being sung with only one voice or one instrument to a part. The original impression of majesty and grandeur would shrink to thinness and transparency. For each participant in the musical experience — the composer, the performer, the listener — the amount of sound employed is critical in the proper projection of musical expression.

Dynamic changes can be minute, adding expressive nuances to a musical performance. Very often the difference between a moving performance and a dull one is the degree of shading which the master artist uses to shape a passage, the slight swellings and taperings of sound which place the musical effects in clear and meaningful perspective. This can be overdone; nevertheless, when projected with subtlety and taste, it is one of the delights of the musical experience.

The richest and most varied palette of tone color is offered by the symphony orchestra. Since the early eighteenth century the strings — violin, viola, violoncello, and contrabass — have been the mainstay of the orchestra, establishing its core of sound. We all recognize the sound of strings — clear and bright in the upper ranges, mellow to dark in the lower ranges. The other orchestral groups — woodwinds, brass, and percussion — became prominent in the nineteenth century when the instruments’ mechanical features were perfected to achieve agility as well as richness of tone. Composers took full advantage of such technical improvements to extend their musical expression.

Tone colors, like colors in painting, are highlighted by being set against each other. Therefore, to enjoy the full flavor of the colors modern orchestral instruments can produce, listen for them in a complete piece. Two works that exploit this aspect of musical sound very imaginatively are Berlioz’s Symphonie Fantastique and Tchaikovsky’s Nutcracker Suite.

In the “Miniature Overture” of the Nutcracker Suite, Tchaikovsky gives the piccolo a prominent role. As the piece builds in amount and strength toward its end, the piercing tone of this highest of the woodwinds adds a touch of frenzy to the general excitement. Trumpets set the military mood of the “March” with their crisp, clear tones. Tchaikovsky plays the game of contrast most effectively in the “Dance of the Sugar Plum Fairy” as he answers the gentle bell-like sounds of the celesta with the dark, low, somewhat hollow sound of the bass clarinet. In the “Danse Arabe” clarinets and English horn provide a somewhat melancholy effect as they play in their low registers. The flute whirls around in its most brilliant register in the “Chinese Dance,” accompanied by a steady pulse of short, plump notes in the lower register of the bassoon. Glittering harp and mellow horn join to finish this musical feast with a rich confection in the “Waltz of the Flowers.”

Tchaikovsky, in his play of tone color, clearly aims to please; Berlioz, in his Symphonie Fantastique, aims to surprise. While his effects of tone color have polish, they often make their points with contrast and the unexpected. Berlioz brings in the contrabass at one point in the introduction to the first movement, plucking out a solo melody while the upper instruments have virtually nothing to say. At the beginning of the third movement he creates a pastoral duet between the English horn and the oboe, setting off each instrument as a solo. Their somewhat edgy, penetrating sounds — the oboe clearer than the dark English horn — give the feeling of loneliness and distance, of the open space associated with a pastoral mood. At the end of this movement the timpani, in an imitation of thunder, stir four different but indistinct pitches to give a totally murky effect of tone color. Trombones — instruments traditionally associated with authority — lend their heavy sound to the sentence of death as the “March to the Scaffold” approaches its climax. In the finale, the “Witches Sabbath,” Berlioz assembles a collage of weird color effects, starting with the veil of sound that the strings draw at the opening, through the shrill antics of the clarinets and the burbling of the bassoons in a grotesque dance, to the doomsday tolling of bells and finally the announcement of the “Dies Irae” (“Day of Wrath”) in ponderous, muffled tones by the tubas.

Tchaikovsky and Berlioz link their play of tone color to specific stories. Mozart, on the other hand, creates something of a pictorial effect without spelling out any story line at the beginning of his Prague Symphony by a series of short, contrasted bits of tone color. A knowledgeable listener in Mozart’s time would recognize these kaleidoscopic fragments as having been drawn from operatic scenes of the supernatural, where ghosts and gods appear.

Notes sounding at the same time create their own effects of color. Some groups of notes have a sweet sound that seems nicely blended and stable. Other combinations sound harsh and quite unstable, as if the tones were rejecting each other. These properties of note combinations constitute harmonic color. 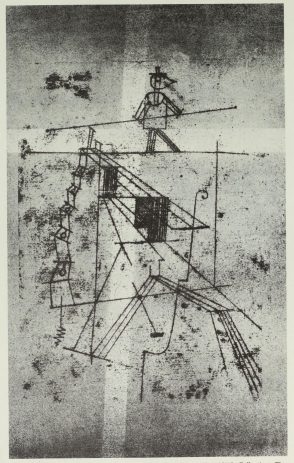 Harmonic color is a fundamental feature of any musical idiom because it helps us recognize immediately the kind of message the composer is communicating in the music. For example, in music written for religious purposes around the tenth century, the harmonic color typically consisted of what we call open or hollow sounds. Because these are particularly resonant, they reverberated dramatically throughout the stone churches as groups of worshippers sang them. Ex.1 illustrates this kind of rather heavy sound.

Later, Renaissance composers learned to link fuller and richer combinations very smoothly. When you listen to Renaissance music, observe how full and balanced the sounds are and how they flow one into the other, without marked change of color. Renaissance music owes much of its elegance and suaveness to this refined treatment of harmonic color (Ex. 2)

While they used much the same grouping of notes that Renaissance composers employed, later composers turned them to different color effects and expressive content. Beethoven, to open the finale of his Symphony no. 5, uses the same tones that we hear at the beginning of Ex. 2, but he gives them to the entire orchestra to create a massive and brilliant color. He hammers home the effect by great fullness and strength of sound (Ex. 3).

In music of the middle and late nineteenth century, composers developed, along with a richer and more varied palette of instrumental color, a more intense and colorful effect of harmony. Wagner was the composer who did the most to establish this kind of color as the prevailing harmonic climate of the time. He saturated his music-dramas with the kinds of sound that you hear in Ex. 4.

Music in the twentieth century has retained much of the color of earlier harmony. This is true of popular music, musical comedy, and music for radio and television, as well as a considerable amount of concert music written since 1900. Many composers, however, have explored the possibilities of new harmonic effects. They have removed the core of sound, the full mix of notes that gives a chord blend and solidity. If you imagine the tones in Example 2-5 (already separated widely in pitch) played by instruments of markedly different color (oboe. violin, and horn, for example), you will get the unblended effect that characterizes much music of our present age.

Electronics have added a new and formidable dimension to our musical experience. Apart from the increasingly faithful reproduction of instrumental and vocal sound, electronics can modify natural sounds in countless ways to create effects absolutely unprecedented in our experience. Electronics can also create sounds directly from electronic sources, without recourse to natural sounds. The composer-synthesizer has absolute control over pitch and duration of notes, down to the most minute microscale — much more than a live performer has. The new music is not well represented in concert halls, but you probably have encountered it as background music for television programs and motion pictures, particularly those on science fiction themes.