Suppose you and a few friends, after listening to Mendelssohn’s Overture to A Midsummer Night’s Dream, compare your responses to the music. If you reflect on what you enjoyed most in the piece, you might say that it has colorful sounds, that it moves lightly, that it suggests an image of a midnight elfin scamper, or that it is beautifully put together.

Each of you might be more impressed by one feature than by another, yet you would probably all agree that this is a very playful piece. These responses reflect two basic aspects of the musical experience: the personal and the general. As in any language, they combine. Your personal experience in music draws upon terms, procedures, and attitudes that listeners generally understand and that composers put into fresh formulations in each new piece of music.

As listeners we also sense music in general ways. We sense the climate created by sounds themselves. We sense the way music moves and builds shapes and the way it stirs feelings and inspires certain moods. We may also perceive musical associations with poetry, drama, and dance that suggest images. From these general aspects we draw our personal responses.

For a composer, the simplest way to create an effect is to establish a climate of sound. Mendelssohn prepares his listeners for an adventure on a balmy night in midsummer by filling the air with light and bright sounds — some sustained, some piquant and flickering. Wagner sets the tragic climate of his music-drama Tristan arid Isolde with dark, heavy, colorful sounds. Beethoven, at the beginning of his Symphony no. 6, the Pastoral, uses a quiet, murmuring sound effect to tell his listeners that he is in the country. On another scale, background music such as Muzak creates a climate just by being played. It establishes a continual presence. It creates a minor magic, a lightly enveloping touch that removes us from a matter-of-fact mood. All music creates its own climate. Whether you are encountering a piece of music for the first time or exploring it more deeply on subsequent hearings, you may very well get an idea what the composer wants to say just by concentrating on the climate of sound he creates at the very beginning.

Rise, fall; quick, slow; straight, bent; long, short; flowing, broken; gentle, vigorous — these are some of the shapes and motions that music can create. Think of them as gestures. For us as listeners, these gestures stir inner responses, such as growing tension, release, excitement, serenity. They can also communicate in a pantomimic way. For example, Beethoven begins his Symphony no. 3, the Eroica, with two massive strokes that command our attention, then he presents the smooth and undulating tune, and follows with a slight but disturbing sag in the line. He eventually restores a sense of firmness, but only after weaving a complex web of falling and rising gestures. With this interplay of gestures Beethoven alerts us to the broadly gauged, tightly spun action that will ensue throughout the movement. Similarly, the short, neatly patterned gestures Mozart places at the opening of his Eine kleine Nachtmusik bespeak the playfulness that characterizes the piece.

Most of the music we hear nowadays carries associations with some scene, action, object, or with words or pictures. Television commercials reinforce their selling point by fitting music to message. Movies use music to guide your feelings according to the way the plot unfolds. In much the same way, Mendelssohn, setting out to write music for A Midsummer Night’s Dream, took his cue from Shakespeare’s fairy tale — the play of sprites, the sentimental mood of night, the joy of the wedding.

Composers sometimes pinpoint their musical associations. Prokofiev identifies each character and action in Peter and the Wolf with an appropriate musical fragment — for example, the quacking duck described by the oboe, or Peter’s jauntiness suggested in a march tune played by the clarinet. Haydn depicts the opening chapters of Genesis in The Creation by describing wind, water, light, dark, rivers, rain, trees, flowers, and all manner of birds, reptiles, and mammals with appropriate musical figures.

Associations can also be quite subtle. For example, to wind up the first act of The Marriage of Figaro, Mozart has Figaro march the obstreperous Cherubino (who has been assigned to army duty) around the stage in a mock military march. The march itself, while it has a few hints of battle music along the way, is set in a light, elegant manner — almost as toy music. You can associate this music both with Cherubino’s playfulness and with the cavalier he is to become.

The power of music to stir the feelings is actually at the center of the musical experience. This power is the reason music is more art than science. The range of feeling music can express is broad — from the mournful funeral march which constitutes the second movement of Beethoven’s Symphony no. 3 to the exuberant “Wedding March” from Mendelssohn’s Midsummer Night’s Dream music. In between there are of course innumerable nuances. In music set to a text you can pinpoint the emotion, such as the terror in the child’s outcry, “My father, my father,” when he feels the menace of the specter of death in Schubert’s song “The Erlking.” In music without text, nuances of feeling can be conveyed instrumentally, as when a violin or a flute swells on a tone to create an instant of urgency. At a climactic moment in Wagner’s Tristan and Isolde, the music sweeps you up into a powerful tide of sensation. On the other hand. Bach distills emotion in his music so that as it proceeds you sense the feeling within the fascinating play of sound and movement.

It is perfectly natural for two listeners to react to the same work in different ways. No reaction is better or worse than another, for none is right or wrong. Feeling is the truly personal part of the musical experience, in which you, the listener, have the final word.

Musical design is the composer’s plan, whereby he sustains feeling and gives it time to run its course. Design puts musical climate, gestures, and associations into effective patterns that build the form of a piece. For example, in the Overture to A Midsummer Night’s Dream Mendelssohn prolongs the opening sounds to establish a climate of sound, spins out the scampering figures by repeating and varying them, interrupts the play strategically by a recall of the sustained notes, then resumes the play. This is musical design at work, much like in a fine piece of sculpture or a Greek temple. 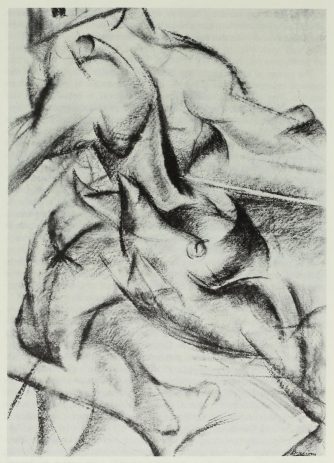 Design can do two things. It can connect and it can separate. Mendelssohn creates a broad arch of connection in his overture by ending it with the same distinctive, evocative sounds with which he began. Also, moment to moment throughout the piece, you can hear how skillfully he dovetails one passage into another. This is also connection. On a much simpler scale, Beethoven gave the “Ode to Joy” in his Ninth Symphony a smooth flow by connecting its notes in unbroken upward and downward motion. Design also separates. Through stops and starts or through effective changes of manner — gentle to forceful, for example — it helps you maintain your bearings within a piece. Each part of the Mendelssohn overture, although neatly fitted into the overall scheme of the piece, has its own character. So the interplay of connection and separation is essential in musical design. 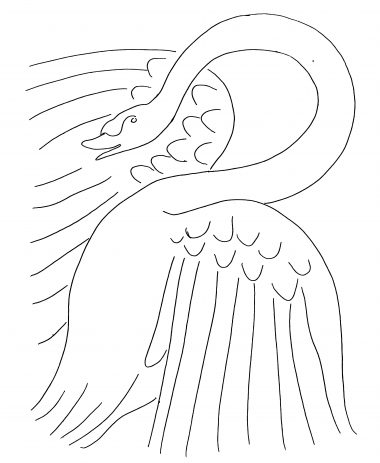 As we proceed to look deeper into these elements of the musical experience, we shall first see how they contribute to musical expression, then examine some of the processes by which these elements come into being. Finally we shall see how design contributes to the final perfection of a work of musical art.